In the darkly comical Ingrid Goes West, a small-budget indie-flick that flew under the radar of many moviegoers last year, a young woman by the name of Ingrid becomes morbidly obsessed by Instagram-famous blogger Taylor.

Ingrid becomes infatuated by Taylor’s seemingly perfect life and starts mimicking her every move. Taylor posts a picture of her breakfast at her favorite bagel place, Ingrid stops by for lunch the same day. Taylor quotes a passage from her favorite book, Ingrid orders it online right away.

While the events depicted in the film might be a little over-exaggerated for cinematic purposes, they are, in fact, closer to reality than you might think.

Promoting products via social media influencers can be categorized as a form of subconscious marketing. For ages, brands and advertisers have been seeking to shape consumers' thoughts, attitudes, and behavior, without us even being aware of it (Sounds interesting? Read more about it here).

It makes you wonder, who are these so-called “influencers,” and why is this hidden form of online advertising becoming increasingly more prevalent in online marketing? And, more importantly, how can this trend be explained through psychology?

In case you missed just how popular social media influencers have become, take a look the staggering numbers reported in a recent study.

Understandably, brands are lining up to be associated with popular social media personas. As a matter of fact, this high demand created a whole industry of its own, with intermediary agencies popping up left and right to serve as matchmakers between companies and their desired influencers.

While the numbers may speak for themselves, that still leaves us with our main question: who exactly are these people?

Well, basically, everyday people like you and me. They’re people who have a passion and aren’t afraid to tell the world about it. Whether that be cooking, fashion, comedy, or gaming, the possibilities are endless.

And by posting about their passion on social media, influencers have gained immense internet popularity, allowing them to shape and influence audience opinions on matters through blog posts, videos, pictures, tweets, and so on.

The idea behind this promotion method is that by relaying a message to a handful of influencers, they will promote it to their immense networks. Creating a quick and effective approach to reaching a wide audience.

It’s not hard to imagine how this makes influencers the ideal marketing psychology tool for companies. They already have a large following at their disposal, which  can be easily tapped into by sending out a message endorsed  by a popular figure whose opinion they actually want to hear.

In return, influencers profit from participating in these campaigns, either by being paid to post or talk about products, or being provided with free promotional materials.

Why are social media influencers so influential?

So far, we have established who influencers are and how they are on the rise in the field of online marketing. But you may still question why. What makes them so attractive for online marketers? What makes their opinion so psychologically powerful?

It's no secret that consumer behavior is closely related to cognitive biases: for instance, check out a few examples we've discussed earlier. The way in which consumers are affected by influencer marketing is no exception to this rule.

In order to explain its effectiveness, we can find all our answers in the field of psychology. Because when it comes down to it, basing one's behavior on that of another is nothing new. 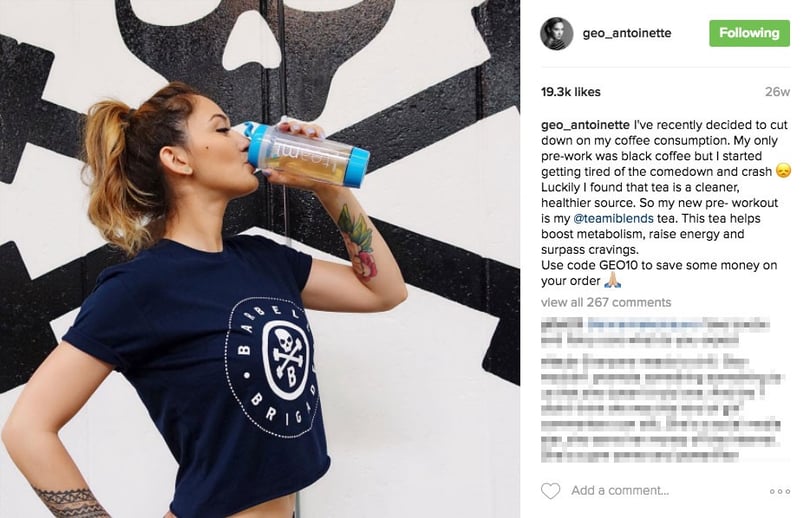 Studies have shown that the credibility of a peer endorser depends on the factors of trustworthiness, expertise, attractiveness, and similarity. Taking the first two into account, we can note that the degree of influence a person possesses depends on his degree of perceived power.

According to French and Raven’s (1960) framework of power bases, one of the key elements to perceived power lies in expertise.  A blogger that focuses on one particular subject, let’s say cooking, will be perceived to have more authority when it comes to a particular brand of food (as opposed to a technology or sport blogger).

This authoritative position is further strengthened by a game of sheer numbers: a large number of followers, shares, and likes will provide viewers with a form of social proof. The notion that others value the opinion of an influencer, and adhere to their judgments, assures viewers that doing so is okay. If the majority is doing something, they must be right. 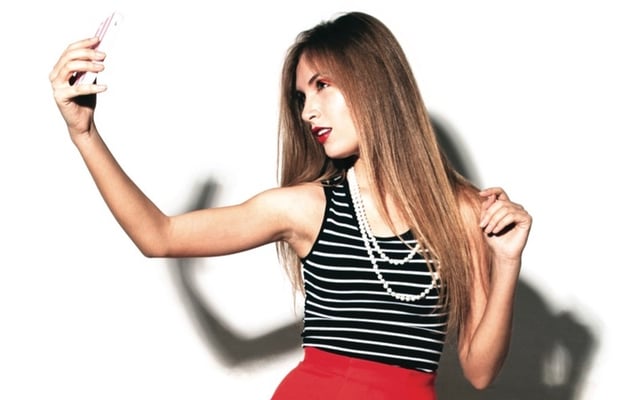 Then there’s the matter of attractiveness. This is a strategy that marketers have already been using for ages – I’m sure you can think of numerous examples of advertisements featuring some handsome Hollywood actor recommending a certain luxury product.

As humans are susceptible to attractiveness bias, we subconsciously attribute attractive or charismatic people with many other qualities simply because they are good looking. Furthermore, this could lead to positive associations between the person and the brand as well. These opinions influence the subconscious of the viewer, potentially priming them when faced with a product-related decision.

Relatability and the millennial crowd 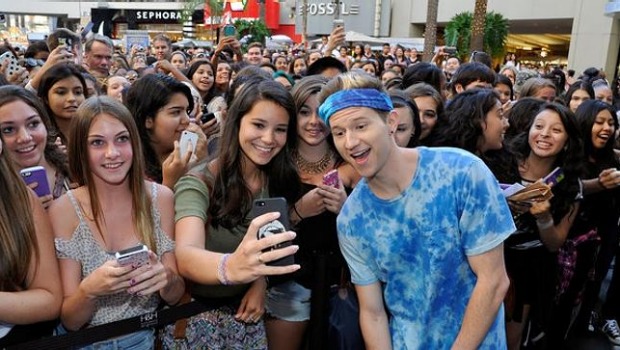 But, what really sets social media influencers apart from other types of endorsers is their relatability. Despite having a large popularity and internet following, influencers are still perceived as mostly normal, down-to-earth people.

They post about their everyday life, stay connected with their followers, and are able to interact directly with them. Plus, they often share the same age group, demographics, interests, and behaviors of their target audience.

This ties in closely to social identity theory, the part of psychology that deals with how people view themselves as belonging to a group of similar individuals, and basing part of their personal identity on their membership to said group. Naturally, the opinions of members of the same group are worth more to people than those of a different group.

More importantly, most influencers belong to the younger age group of millennials, a demographic that is notoriously difficult to reach for marketers. They’re a group that places strong value on forming their own identity, one of the most important parts of growing up.

To do so, teens often look up to role models to shape their own behavior. Having a role model that is relatable and easy to identify with makes it all the more likely that teens will copy their behavior.

Although everything I’ve covered so far may all sound perfect in theory, it’s important to keep in mind that people are not stupid. We generally have a good sense in knowing when we are being deceived or when a message is not sincere. Also, simply being popular does not always imply a person is more influential.

With this in mind, there are a few tips and potential pitfalls to keep in mind when choosing to promote your brand via an influencer marketing strategy. 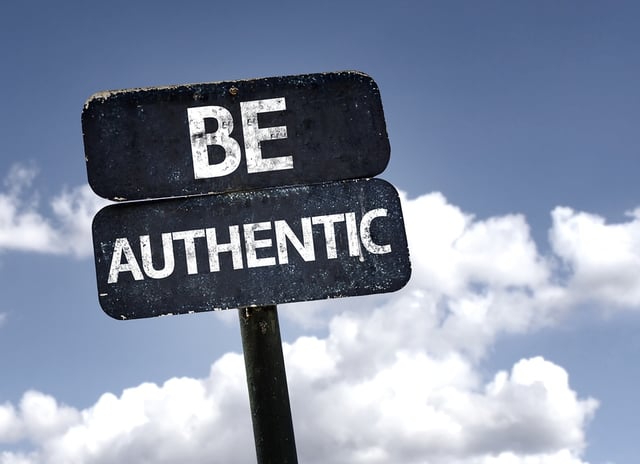 Ever heard of the TARES test? It’s a set of five principles that serve as a guideline for persuasive communication. The A stands for authenticity, which can be explained in many different ways, but is arguably the most important criterion that has to be met in an influencer campaign.

Does the influencer match the values of your brand? Would he/she use your product in everyday life? Is it something he/she wholeheartedly believes in, and would recommend to his own friends and family? Taking your time to select the right influencer that is the perfect fit for your brand will make the message much more believable.

It’s okay to be transparent

Let’s not beat around the bush here: influencer marketing has always been met with a certain air of sneakiness. You can’t really blame the public for thinking this way, as going around paying people to promote your stuff online without making it clear that they’re advertising verges closely on the edge of deception.

Trying to hide this has a tendency to misinform the public and could to some serious harm to the perception of your brand. Rather than playing coy about it, laying all your cards out on the table is the better way to go. Like all good relationships, interaction between a brand and its customers is based on trust.

In order to establish trust, transparency is key. A recent article in Forbes states that particularly the millennial crowd seeks out transparency in a brand, which also happens to be the number one factor that promotes brand loyalty. Young people are well enough informed to know that influencer marketing exists. Adding a simple #ad or #sponsored hashtag to a sponsored post will prevent the audience from feeling deceived and will likely reduce any feelings of animosity towards the brand.

Know how to use influencer marketing

By now, we’ve learned that influencers are a great method to connect to harder to reach demographics and spread brand awareness. But that doesn’t make it a magic tool that will work for each situation.

For example, when it comes to social media promotion, there’s always the issue of user passivity. To be truly influential online, not only do you have to be popular, but you have to be able to get others involved in spreading your message. And while most users of social media are perfectly fine with scrolling through, liking, and consuming content, engaging users to interact with your content is not always easy - no matter who’s promoting it.

In other words, if you’re looking to spark an ongoing conversation about a new product in the hopes of going viral, you might be better off pursuing different methods. Don’t fixate yourself with the number of likes or followers of your desired influencer alone.

For an effective influencer campaign, choose quality over quantity. One influencer may have a bigger audience than the other, but the one that is a better fit to the specific target audience you’re trying to reach will ultimately help you further.

Moving forward, keep the following points in mind to ensure your next influencer campaign is successful.

eCommerce is about understanding your consumers using subconscious triggers for better marketing.

How to Use Social Proof in Marketing: The Do's and Dont's

Learn how to leverage Social Proof with utmost efficacy in your marketing.

How do you group your customers together by their shared psychological characteristics?