Resistance Psychology in Marketing: Build Trust with Your Customers

Avoid situations where your customers resist your marketing messages with this actionable guide to psychological resistance. 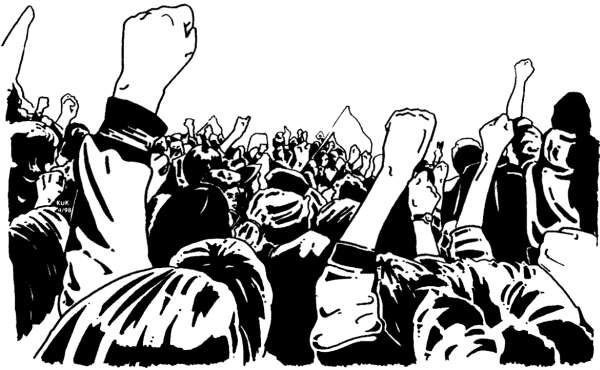 At Crobox, we talk a lot about persuasive marketing. From behavior-driven design to messaging.

We try to explain the nuances of human behavior to inspire smarter psychological marketing.

But, as a consequence of employing these theories and strategies, there is another crucial piece to the puzzle that is often overlooked:

This article will take you through resistance psychology examples so you can have a better understanding of how to market to the so-called "resistant consumer".

In academic literature, resistance has many definitions, applications, and interpretations.

But, at its core, resistance is the reaction against the pressure for change.

Psychological resistance lies within individuals. It flares up where there are attempts to change an individual's attitudes, intentions, or behavior.

An internal fight against “the man” that often goes completely unnoticed by the person who’s resisting in the first place.

Therefore, understanding resistance in psychology is a critical part of the behavior puzzle.

If you can understand the reasons why or situations in which you audience resists your marketing messages, then you can optimize your communication in a customer-centric way.

When it comes down to it, the goal of marketing is not to force or manipulate individuals into buying your message.

Instead, it should be to teach, remind, and inspire individuals to believe in your brand and products.

Let's discuss some examples of resistance psychology for marketing.

Reactance is the psychological state that consumers adopt when resisting a message that is coercive or threatening to their freedom, causing them to act in the opposite way.

It is the most documented form of resistance and has many faces in response to marketing messages, especially when it comes to personalization.

By now, you’ve probably heard of or dealt with the personalization paradox. Technology has given us marketers access to high-quality data that support us in understanding our customers better — which is fantastic!

It’s our duty as marketers to give them the best possible experience, and we can use their data to shape that.

Unfortunately, the reality of the situation is not as straightforward.

While it’s true that the online public expects better customer experiences from retailers, these experiences have to be when they want it.

For example, how many times have you been browsing a webshop only to have a few select products follow you for the weeks to come?

I’m willing to bet that we’ve all been there and at least half of us are driven up a wall by it.

When it comes to (poor) retargeting campaigns, almost half of users will ignore the ad out of pure annoyance. And when this happens, users are acting out in reactance to the persuasion attempt.

But don't get me wrong, I’m not trying to say that retargeting isn’t effective — because it is. It just doesn’t mean that it’s the best approach in driving conversion.

In fact, consumers get so fed up with being stalked by their products, that Google is tightening their ad blocking capabilities to block remarketing ads for those consumers.

In any case, reactance is a widespread reaction to online advertising and has also been found in response to recommendation services and advertisement videos.

The moral of the story is that as humans, we like our freedom. It's one of our most essential values.

So when freedom is threatened or restricted, we rise and do what we can to restore it. In some cases that might be a social movement, in others, it can be as simple as looking the other way.

As an online marketer, there needs to be constant attention to delighting the audience and making their lives easier. Intrusive advertisements that disrupt the user experience after leaving a brand platform should always be approached with caution.

With the recent stream of scandal, it should come as little surprise that distrust is a form of resistance.

Today, we’re witnessing data ownership and storage brought to the forefront for internet users around the world.

Enhancing trust with your proposition is no longer something that can be implicitly inferred. Instead, it needs to be explicitly stated and reinforced.

Over recent years, we’ve seen a transition to a society that runs on transparency. The widespread use of the internet has acted as a catalyst to this, as it gives whistleblowers and investigative journalists a platform to be heard.

It has given every individual the tools they need to uncover information that some questionable brands or governments may have rather left buried.

Luckily, many companies caught wind of this change in communication approach before scandals spearheaded by Facebook and Cambridge Analytica.

The era of transparency has given way for brands to share their story, company dynamics, and vision, to an audience that is ready and willing to listen.

Not to mention the rise of blockchain and decentralized technology projects, where transparency is a given. This open source uprising sends an unequivocal message to companies of all industries:

The future will be built on open and transparent communication. And, as they say, it’s always better to start sooner rather than later. Procrastination could be the “death of brand” in this situation.

Needless to say, consumers steer away from dishonest and exaggerated claims. Honesty is the best policy, so try to open the doors to your customers.

This, in turn, will strengthen their loyalty and connectedness with your brand. 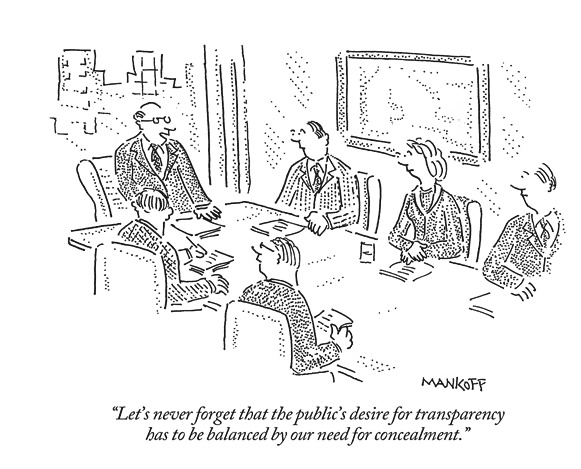 Stemming from distrust is its little brother, scrutiny. Because we live in a society that likes to have the facts first when making a decision, be prepared for your audience to tear apart each of your claims.

Scrutiny is a form of resistance that puts emphasis on the proposal itself and is present when an individual realizes they are the target of an influence attempt.

Upon this realization, individuals will carefully evaluate the proposition to find any strengths or weaknesses that help make up their mind about the claim.

But, as we are generally susceptible to human bias, we will likely find the parts of the argument that are already in line with our opinions (i.e., confirmation bias).

Individuals often counter-argue by seeking out reasons why your persuasive claims are invalid. This heightens the importance of avoiding overt claims that are easily disproved or clash with the ideals of your target audience — especially in situations where your audience is highly involved.

It should be noted that scrutiny can also be a good thing. Because scrutiny requires greater processing of information, when the information is convincing or aligns with the receiver’s views, it becomes more present in their mind.

This happens because when you critically analyze a claim, you use more energy than if you were to accept or reject it passively. This increased energy makes the association with the claim stronger, ensuring it stays top of mind.

In the end, the level and result of scrutiny are highly dependent on three things:

1. The message being sent

2. The product in question

3. The target audience’s attitudes and values.

To play it safe, you can always provide pro and counter arguments or offer direct (and honest) comparisons to your competitors. Alternatively, you can address FAQs in the product description to ease any concerns your soon to be customers may have.

The last face of resistance that your shoppers may be facing is inertia.

Inertia isn’t necessarily a reaction to a proposal in the same way reactance, distrust, or scrutiny are. Instead, it’s more of a desire to stay the same instead of explicitly resisting change.

In the case of eCommerce, inertia is favorable for retaining customers. In general, research has found that many consumers will stay with their current online merchant as long as no other force compels them to change.

These consumers experiencing high levels of inertia will hesitate to change, even when the alternatives are more attractive.

The reason behind inertia ranges, but some of the contributing factors include:

This form of psychological resistance poses an interesting opportunity for brands, especially when you consider that acquiring new customers can range from costing five to seven times more than keeping existing ones.

Plus, the likelihood of acquiring new customers can be small, falling into the 5% to 20% range.

It seems to be a no-brainer that increased focus should be spent on keeping your customers just where they are. Playing on inertia appears to be a good way of doing so, as it’s been found to play a larger role than even brand satisfaction.

Awhile back we discussed the importance of fluency for seamless user experiences.

Read more about cognitive fluency to really get into the nitty-gritty psychology of design.

Resistance is one of those self-protection impulses that has evolved over the years. And although it may bear a different face in our digital society, its origin remains deeply rooted in human survival.

Understanding and accepting that psychological resistance is a natural part of your shoppers’ behavior will only propel your marketing to new heights. Which your audience will also love you for.

Coming out of this post, here are your main takeaways:

As with most of our behavior, we can stem the patterns from evolution. Shopping is no exception.

Learn how ASICS achieves customer-centricity by looking at decision-making, the brain, and psychology.

Who is the Luxury Consumer? Navigating the Psychology of Luxury

Unraveling the psychology behind luxury consumption.