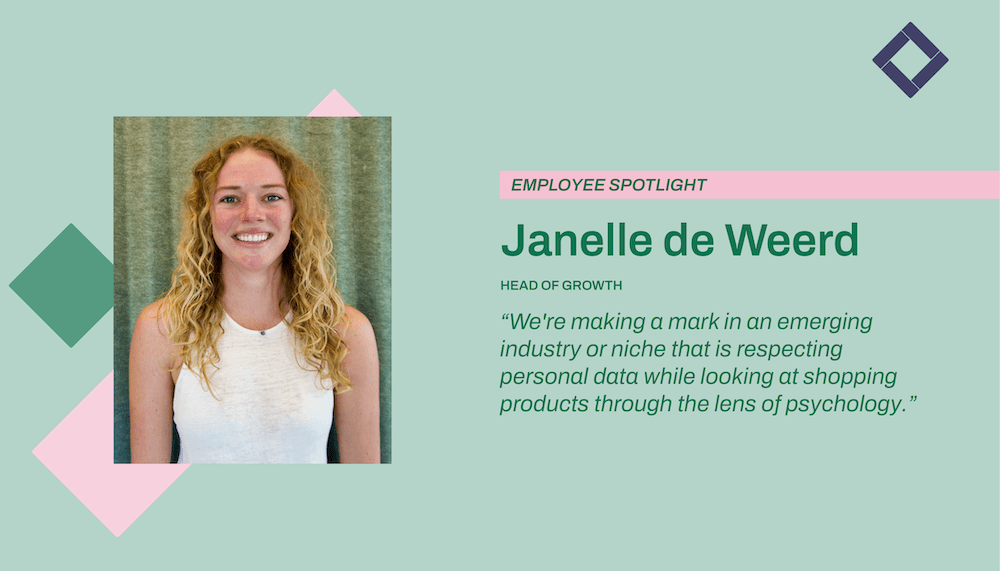 Tell me about your Crobox journey. Then, if you could sum it up in one word, what word would you use? 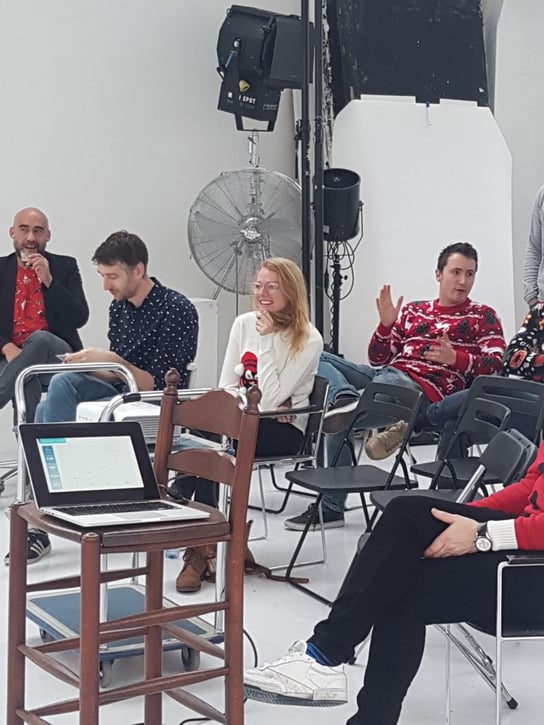 It’s been dynamic. Since I’ve been at Crobox, there have been a lot of changes. When I first joined we decided to move from impact to insights and it’s been a long journey since then.

For example, the ‘journey of influence’ – where we tried to over-complicate everything. Back then we were selling to enterprises with this whole methodology. But when this didn’t work, we started to see that our value came from one feature...so we scrapped everything and focused on that one feature and the insights it would provide.

Of course, that wasn’t quite it either. We’ve repositioned three times in the last two to three years. That’s what it’s like working in such an innovative company with such visionary people. In the beginning, we had too much vision, but not enough execution with the right processes and structures in place.

As we mature as a company, we’re starting to get out of that. So this dynamic state will be more directed into a trajectory that is effective.

You need the visionaries and the people who can break it down and build processes, and then you need the people to execute. We’re finally getting there! Sure, we’re still a small team but now we have the building blocks in place to build the castle.

I’m so indecisive, so not sure I can say I have a favorite. But one webshop that offered a really nice experience is Thinking Mu. Which is a sustainable fashion brand. I love it because they break down every cost and sustainable attribute on their webshop.

Plus, it’s a really clean webshop, with great product images, and is easy to navigate.

How do you envision the future of eCommerce and retail? I think in the last year (with the pandemic) we’ve seen that brick and mortar isn’t going anywhere. There will always be a place for it. However, I think that the lines between brick and mortar and eCommerce will continue to blur.

Especially what you see with video commerce and AR, these types of technologies will continue to bring on one side digital proficiencies in-store (e.g., sizing areas, videos showing in the storefronts), but on the other side, an in-store experience that is better replicated online.

I think this whole idea of omnichannel is super ‘buzzy’, but once ‘omnichannel’ is actually successful, you will see these consistent channels that are seamless from online to in-store.

How that’s dealt with in terms of privacy laws is a question in itself. Of course, many think you need to follow individuals across these platforms for omnichannel to work...

What’s the future of Crobox in this space?

Not to sound too commercial, of course. But I think the way we’re expanding our products is exciting for the future.

We’ve always promoted the idea of customer-centricity and really understanding how an individual makes decisions, including how these decisions can be shaped to make the shopping experience more seamless. But with the products we now have on our platform, we can actually live up to that.

Especially, for example, with the product finder. This is a great starting basis for bringing the in-store experience online. The whole idea of product discovery ties into what I was saying about data privacy.

If you focus the experience on a product, can’t you recreate these experiences omnichannel?

How will this grow into something that will challenge personalization? We have to see where Crobox goes with this – in the end, it’s based on our timelines.

If anything, though, we’ll be making a mark in an emerging industry or niche that is respecting personal data while looking at shopping products through the lens of psychology. In short, creating these experiences that resonate with people on an individual level, without having to make a tradeoff of customer data. I read a lot when I was a kid. I would stay up every night reading Harry Potter until like 4 am. I have a bit of a gap between 16 to 23 where I wasn’t reading as much so I don’t know if I can say I have a favorite book.

But I have favorite category leaders.

My favorite fantasy book is The Name of The Wind. But I’ll never start a trilogy until all three are out because the author hasn’t finished writing the last one (after more than 10 years!).

I think on a more realism category level, I’m a huge Murakami fan. I love Kafka On The Shore - just the right amount of weird in realism. It also puts the spotlight on a different culture. Plus it has cats in it!! I love cats. And surfing. Basically, everything I like.

Maybe on a more philosophical level (and then I’ll leave it at this, or I’ll be talking for hours), the best book I’ve read is The Unbearable Lightness of Being. I read it at a yoga retreat where I shut myself away for a week. The whole idea of finding a balance between lightness and heaviness gave me the vocabulary to express myself in the most effective way. It unlocked understanding the forces within myself, from lightness (floating and happiness) and heaviness (when things aren’t going as well and there is a kind of fog).

What’s the closest to fame you’ve ever gotten? What is fame? No one knows me at the end of the day. I was on CNN together with Patrick talking about nudges! I’ve spoken at conferences and been interviewed – so I guess that’s something. But these aren’t really grabs to fame.

I don’t like being the center of attention, but I love public speaking. When I was younger I was very involved in everything. At that time I testified to a legislature and I was interviewed by the media. There were a lot of opportunities to be in the public eye, I guess. But that was a long time ago. I think that these types of things are a bit easier in the U.S.? Things like volunteering, giving back, and organizing events seem to be more accessible. Maybe. In any case, I have a love/hate relationship with the idea of ‘fame’.

Mostly,  though, I take a humble approach to self-promotion. I like to be acknowledged, but I don’t like all the focus to be on me unless it’s me speaking on stage. Unravel that!

What’s one New Year’s resolution you’ve stuck to and why?

I don’t do resolutions in a traditional sense, like go to the gym three times a week - the habitual ones seem a bit frivolous. But a couple of years ago (after a bit of a rough year), I got scared I might burn out.

Around that time, I had read a book (of course) called When The Body Says No by Gabor Maté (shout out Joris) . Which provided me with a wake-up call: Always saying yes to everything is destructive behavior. Maté suggests that specific patterns of behavior - like always saying yes - can lead to server health consequences later in life. I used the New Year as a time to start living more for myself and saying no.

I’ve lived that up to the most part. I still say yes to a lot of things (especially when it comes to work), but that can be a good thing because it’s opened up a lot of opportunities. I say yes more to myself when it comes to needing a break, and not doing a social thing, allowing myself to say hey it’s ok to spend the weekend on the couch reading! I’ve found more of a balance now.

Someone once told me that during the early years of a driven person, you have to say yes to everything. But once you get there you can say no to things you don’t get energy from, and yes to things you do. I think I’m very much at this point.

Very, very, very few. I don’t remember the words to songs, because I’m completely tone-deaf and make it a point not to sing.

*sings* would you lie to me?  I think there was something called that… Actually, it depends on the context. Is it a winter night? Reading. If it’s a summer day and I can be at a festival? Definitely dancing. Cooking? I don’t mind it, but I wouldn’t choose it over the other two. 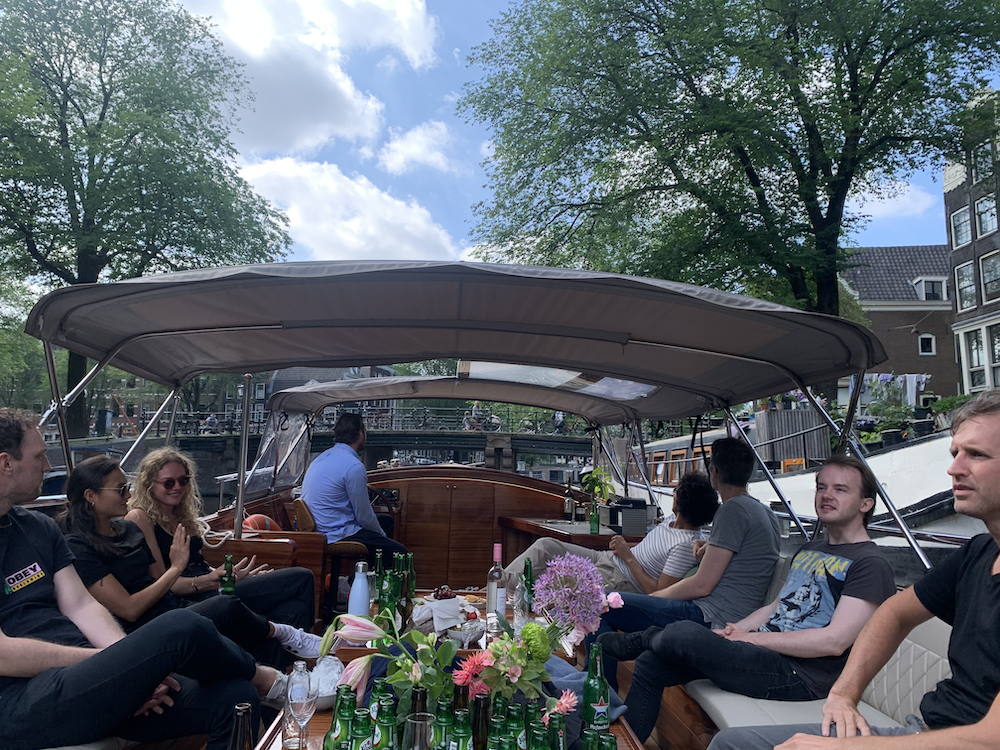 To be honest, I would love to switch lives with every single person on the team. To see things from their eyes.

From being in Sjoerd’s shoes to understand these complex challenges. To Leo’s and how he approaches data analysis as well as life. Rodger - who’s just super charismatic. Maya – who’s the sweetest and most open person you’ve ever met.

To be able to walk two hours in the shoes of any person would give us all so much more understanding and empathy.

I wouldn’t even choose – I would say all of them!